You are here: Home / Candy Crush / Should King Really Get That IPO?

The Pros and Cons of Going Public

We recently reported that King Digital Entertainment has filed for an IPO (or Initial Public Offering) as of this year. King seeks a multi-billion dollar valuation of their company, and they may well receive it–after all, this is the same company that produced the Candy Crush, Farm Heroes, and Pet Rescue Sagas, all phenomenal gaming successes in their own right. Candy Crush is now one of the most popular games in the world, and has pulled in countless female fans who do not normally consider themselves involved with video games as a whole. But is that enough to justify their hunt for publicly-traded status?

Once King’s IPO is finalized, the Irish company will be listed on the New York Stock Exchange (under the symbol KING, of course). Anyone will then be able to buy shares of King and attempt to get in on the company’s success. However, King will then need to prove that it’s bringing in reliable revenue for those shareholders. as James Surowiecki writes in The New Yorker,

King will have to show shareholders consistent results and ever-growing profits. Such expectations are, frankly, silly in crazily competitive, hit-driven industries, and trying to meet them is a recipe for frustration. If King stayed private, it could milk its cash cow and build games without having to worry overmuch about hatching a new cultural juggernaut.

It’s hard not to see Surowiecki’s point. The gaming industry is notoriously fickle, and even companies that trot out blockbuster hits one year can end up in obscurity the next. Harmonix learned this all too well when it went bust after doing boffo business with its Guitar Hero and Rock Band titles. The casual gaming company Zynga once ruled the landscape, but after going public in 2011, its share price pummeted from $10 to just over $2 before hovering around $5 for the next few years. There’s no guarantee of success–in fact, there’s only the probability of failure. 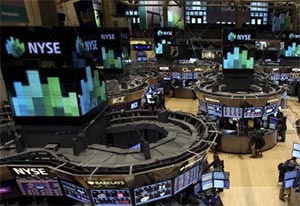 But it’s not as simple as that. For one thing, there are success stories in the industry as well. Take PopCap, the company that used its hit game Bejeweled as a platform from which it could dominate the market for years with titles like Peggle, Bookworm, and the recent craze Plants Vs. Zombies. Its model closely resembles King’s, and Electronic Arts acquired the company years ago; it continues to churn out valuable properties. Furthermore, writes Felix Salmon for Reuters,

Right until the day before the IPO, King is going to retain the option to simply sell itself to some company which wants proven expertise at making enormous profits in the world of mobile-native apps. By moving towards an IPO, King is forcing those companies to get serious about making an offer — both in terms of timing (they’d better do it quick) and in terms of valuation (they’d better meet the likely IPO share price). Because buying King after it’s gone public is going to be a lot more difficult.

Simply put, King can use its high-profile IPO as a bargaining chip to drive its value to potential buyers even higher. Should EA see a reflection of PopCap in King, for instance, they’ll need to put down more money than King can likely make by going public. This might not be the best idea in the long term, but if King’s executives are looking to max out their Candy Crush cash cow, there are definitely worse strategies.

What do you think King should do? Will you be buying King stock when (and if) it goes public this year? Let us know in the comments.