This week has been filled with glitches from Candy Crush Saga. Users are wondering if the newly launched Dreamworld is causing problems for the game titan.

Since Dreamworld can only be played when connected to the Internet or mobile data, the new coding for the game is causing glitches for users. Some good, some bad.

One glitch–which has happened in the past but is occurring much more commonly this week–is that users are able to refill to 6 lives rather than just 5. And this glitch isn’t just visual, you really do get six lives. 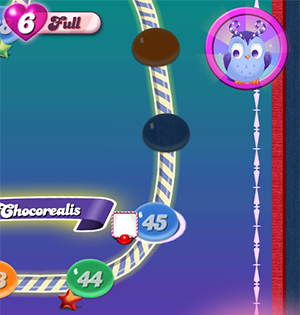 Earlier today (Dec. 13th), users reported that Candy Crush was not loading on Facebook. On twitter and other social media sites, people were reporting that the game would not fully load.

No word yet from King or Facebook on why this glitch is happening but you can imagine, a lot of us crushers are frustrated we can’t play!