This Candy Crush guide provides all the basics on how to play Candy Crush Saga by King.com. Candy Crush is a matching game where you must swipe to match three candies of the same color to remove them. However, there are many other combinations other than the basic 3 that you will need to use in order to beat all the levels of Candy Crush. Learn everything you need to know about the gameplay of Candy Crush right here.

Learn about all the different basic moves you can make with the candies on your Candy Crush board. How to match 3 candies, 4 candies, and 5 candies together and what these different candy combinations will give you. These are all the basic Candy Crush tips for matching candies. Read More »

Combining two candies in Candy Crush Saga makes special candy combos, which are the most powerful matches in the game. You can combine any two special candies together to create a greater effect, whether it be a striped candy, wrapped candy, or color bomb/sprinkled chocolate. Read More »

Candy Crush offers different boosters and charms that you can purchase using in-app purchases. Sometimes you can receive these boosters for free, or as a gift from a friend. Even if you are against paying money in Candy Crush, it is good to know how these different Candy Crush boosters can help you pass a level that you have been stuck on for weeks or even months. Read More » 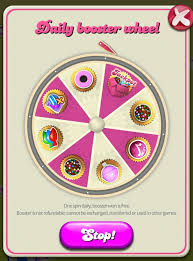 Launched in November of 2013, Candy Crush now has a booster wheel! Read more »

In the game of Candy Crush, there are blockers and obstacles that will prevent you from matching candies. Each has their own unique characteristics and ways of being cleared!
Read More »

In a target score level, you must meet the minimum score within the allotted moved.
Read More »

In a Candy Crush timed level, you have a certain amount of time to meet a minimum allotted score.
Read More »

In a Candy Crush order level, you must get a certain amount of candies within the moves you’re given.
Read More »